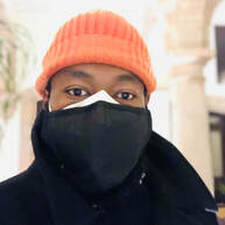 I have always been fascinated with film and the process of creating them. Growing up in Cleveland, Ohio I can remember multiple times just watching my father tinker with his own photography cameras, and teaching himself how to shoot video. Though it was just a hobby of his, it quickly became a hobby of mine as well, and he bought my my first camera, an old 110MM point and shoot. Yet-- growing up a Black kid in the midwest, I never thought about it being a career possibility. Even once my family moved to the greater Los Angeles area it always felt like something that was never intended for me. It wasn't until after my father passed away and I found myself spiraling through life trying to figure out where my place in this world was that I discovered film as not only a career option-- but as an escape. An escape from the inner torment that was running through my mind and spirit, a place where I could take the emotions and thoughts that were storming inside of me, and put them out into the world where others could connect with them, and have a shared experience of life across vast oceans and international borders. Film was my way of finding my place in this world.

Fast forward to over a decade later, a dozen feature films that I produced, A Gotham award surrounded by various other awards and accolades, and countless other projects I've left my mark on-- and yet I found myself looking back within myself. Knowing it was time to take a leap of faith and firmly plant myself in the Directors seat. To tell the stories I've always wanted to tell in the manner that I want to shape them in. No longer the shy nervous kid from Warrensville Heights holding his dad's freshly broken camcorder-- but an ever evolving man always trying his best to create authentic works that speak from his heart and connect with fellow lost and wandering beings doing their best to understand their place in this sometimes cold and unforgiving Universe.